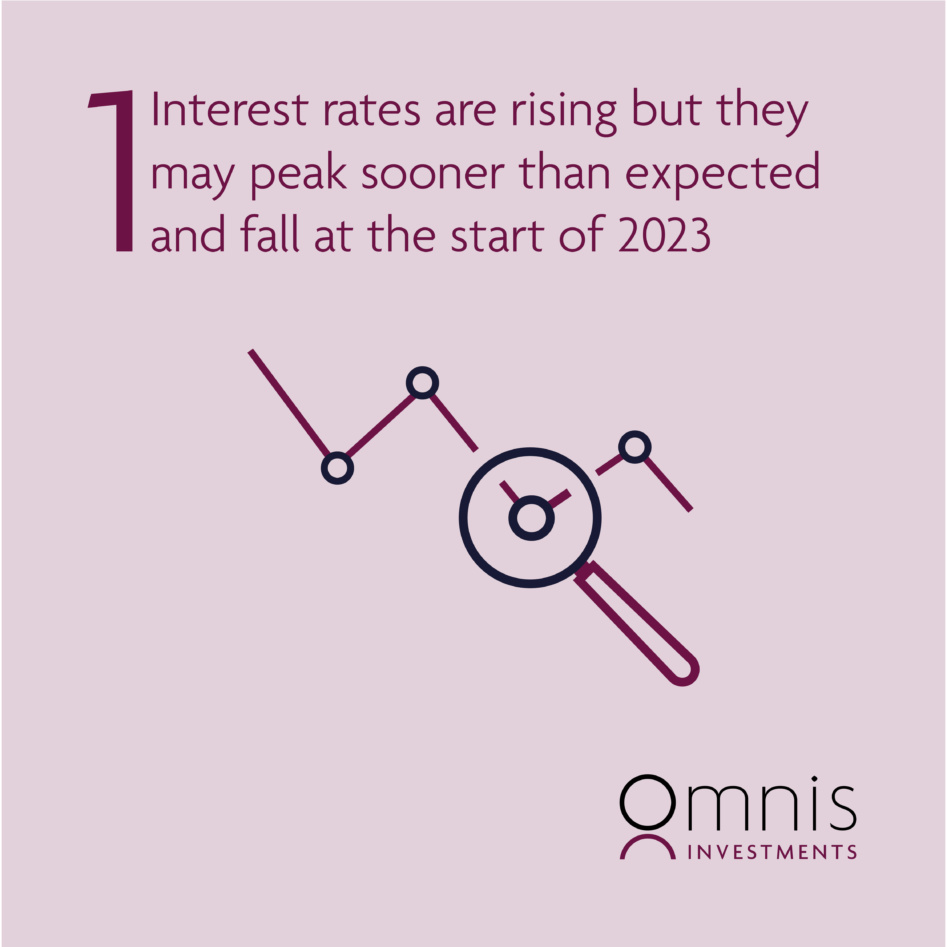 Market performance in July was strong, as a ‘bad news is good news’ dynamic appeared to take hold.

Many investors are reflecting on the year so far, which saw the largest falls for the S&P 500 index over the first six months since 1970. The MSCI All Country World Index (which tracks the largest companies around the world) also suffered falls and its worst opening six months since its creation in 1990.

However, not all industries have performed in the same way. For example, the energy sector held up relatively well due to high crude oil and gas prices. The war in Ukraine also continued to influence markets, due largely to the uncertainty as well as higher commodity prices. In particular, energy and food costs remained elevated owing to supply disruptions.

Markets rally in July but inflation surges again
There were gains during most of the month for markets in the US and Europe, as investors looked to balance their assessment of the risk of a global slowdown with the prospect that central banks may scale back their plans for interest rate rises. The S&P 500 and tech-heavy NASDAQ indices had their best months since 2020.

However, US inflation figures for June came in higher than expected at 9.1%, putting a further focus on the Federal Reserve (Fed), the US central bank, and what it may decide to do next. The Fed raised interest rates towards the end of the month by 0.75 percentage points, the second such hike in as many months, though this had been widely expected. Data showed the US economy shrank in the period between April and July, and while an economic contraction is not good news, markets rallied on the view that the Fed may be able to slow the pace of its interest rate hikes.

UK economic growth surpasses expectations
There was some positive news in the UK, as figures showed economic growth of 0.5% for the economy in May – exceeding many forecasts – after two consecutive months of contraction. The news followed a Bank of England financial stability report released early in July, stating that global economic conditions have worsened due to rising inflation – which crept up to 9.4% in June. Higher prices are putting pressure on the finances of UK businesses and households, deteriorating the country’s economic outlook. The Bank added that the volatility in global markets in recent months is likely to continue.

The inflation rate in the euro area rose to 8.6% in June, prompting the European Central Bank to raise interest rates for the first time since 2011, taking it from a negative rate of -0.5% to zero. The European Commission also cut its growth expectations and increased its inflation forecast for the region.

Fears of a recession are more intense in the euro area, as investors stay alert to cuts in energy supply from Russia, and EU members have agreed to cut their natural gas use by 15% over the winter. These fears also led to the euro falling to its lowest point against the US dollar in 20 years. Despite these fears, the euro area economy expanded 0.7% in the period between April and June, which led to markets recovering and ending the month in positive territory.

Despite positive market performance during the month for most Western stock markets, many countries are battling high inflation, slowing economic growth and an increasing probability of a global recession, which will continue to dominate financial markets over the next few months. When investment conditions are challenging, it’s even more important to remain focused on your long-term goals. We can expect periods of positive performance as we’ve seen in July, and history shows that when you try to time the markets, you risk missing out on these short bursts of recovery.